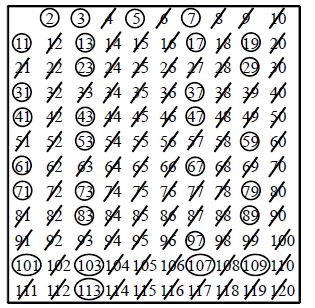 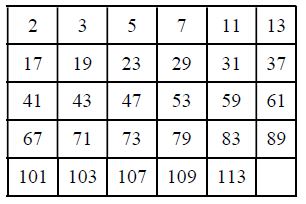 6. HIGHEST COMMON FACTOR
H.C.F. of two or more natural numbers is the largest (or highest) common factor (or divisor) of the given numbers.
Thus, H.C.F. is equal to the greatest element of the set of common factors (or divisors) of the given numbers. Therefore it is also called Greatest Common Divisor (G.C.D.)
Note:
H.C.F. of two or more numbers divides each number completely.
Methods of finding H.C.F.
I. Continuous Division Method
In continuous division method, we divide the larger number by the smaller number and get a remainder.
Then we divide the first divisor by the remainder and get a new remainder. Continue this process till
the last remainder is zero. The last divisor in this process is the H.C.F. of the given two numbers.
Example: Find the HCF of 180 and 324 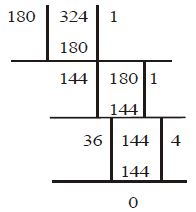 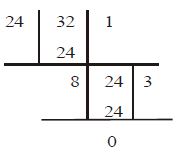 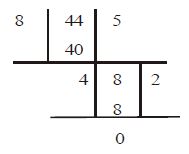 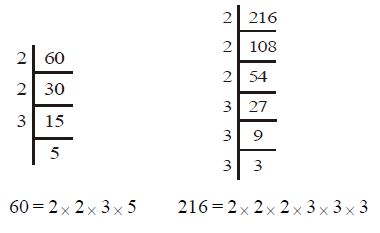 Was this article helpful to you? Yes 4 No 1