Numbers greater than 0 are called positive numbers. Extending the number line to the left of 0 allows us to picture negative numbers, numbers that are less than 0.

2. REPRESENTING INTEGERS ON NUMBER LINES
Integers can be represented on a number line.
The number line shows that every integer has an opposite number except ‘0’. 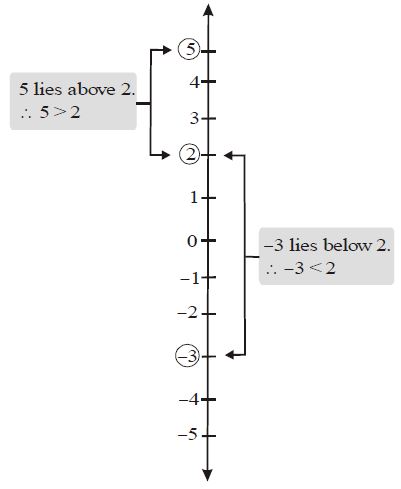 3. ORDERING OF INTEGERS
1. Number lines can be used to arrange order, integers in increasing or decreasing order.
2. The value of integers on a horizontal number line increases from left to right and decreases from right to left.

Was this article helpful to you? Yes 6 No