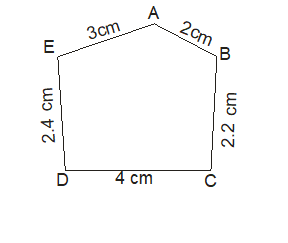 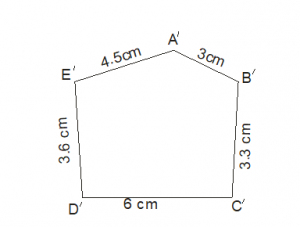 Example 2
In the triangles ABC and A’B’C’

Therefore, ABC and A’B’C’ satisfy both the condition necessary for them to be similar.
Hence, ABC ~ A’B’C’

4.3 RESULT ON SIMILAR TRIANGLES
Basic Proportionality Theorem or
Thales theorem:
If a line is drawn parallel to one side of a triangle, to intersect the other two sides in distinct points, the other two sides are divided in the same ratio.
ABC in which DE || BC and DE intersects AB at D and AC at E.  then: 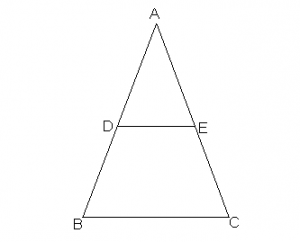 Converse of Basic Proportionality Theorem
If a line divides any two sides of a triangle in the same ratio, then the line is parallel to the third side.

There is a and a line intersecting AB at D and AC at E, such that then, 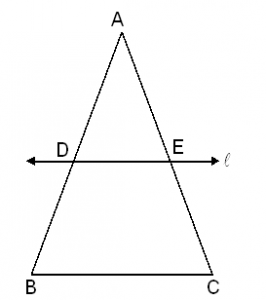 Characteristic Property 1 (AAA similarity)
If in two triangles, the corresponding angles are equal, then the triangles, are similar

There are two triangles ABC and DEF such that
Then

Characteristic Property 3 (SAS similarity)
If one angle of a triangle is equal to the angle of the other and the sides including these angles are proportional then the two triangles are similar. 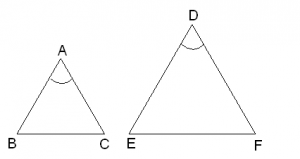 In triangle ABC  and DEF
such that and
Then ABC 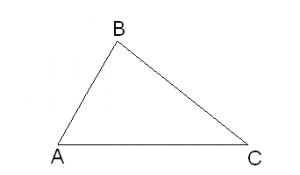 4.7. CONVERSE OF PYTHAGORAS THEOREM
In a triangle, if the square of one side is equal to the sum of the squares of the other two sides, then the angle opposite the first side is a right angle.

In triangle ABC if  .