1. GEOMETRIC SOLIDS
Geometric solids are three-dimensional figures that have length, breadth and height.
Every geometric solid has a fixed number of edges, vertices and faces. 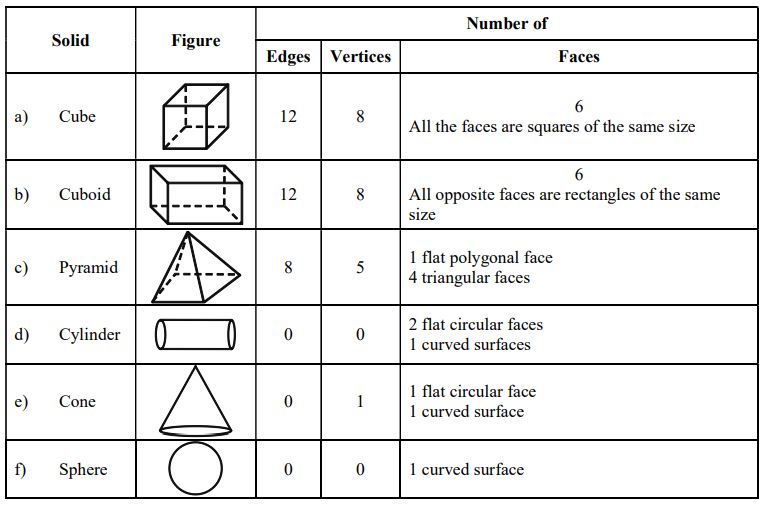 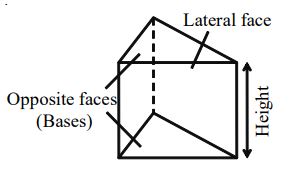 The cross section of a prism is the section that is parallel to its base. It is the same shape and size as its base. 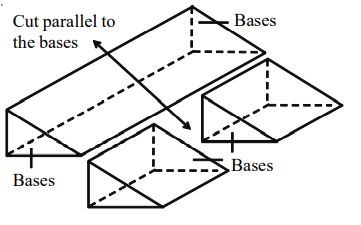 Prisms are named after the shape of their bases. 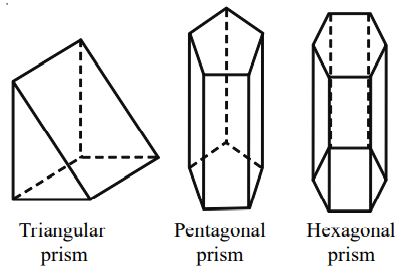 Cuboid
A cuboid is a solid with six rectangular faces. Opposite faces have the same shapes and sizes.

Cube
A cube is a special type of cube with edges equal in length.

Pyramids
A pyramid is a solid with
(a) A polygon as its base, and
(b) Lateral triangular faces 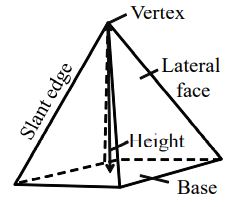 The lateral triangular faces meet at a common vertex.
The perpendicular distance from the common vertex to the base is the height of the pyramid.
A right pyramid is a pyramid in which its vertex is vertically above the centre of the base. 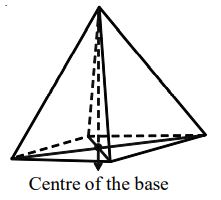 Pyramids are named after the shapes of their bases. 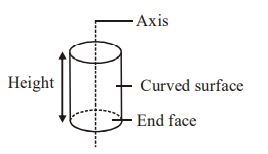 A cylinder is a solid with
(a) Two parallel opposite faces, called bases, in the shape of congruent circles at both its ends.
(b) A curved surface.
(c) An axis that joins the centres of two bases at both ends
The perpendicular distance between the two bases is the height of the cylinder.
A right cylinder is a cylinder in which the axis is perpendicular to the bases.

Cones
A cone is a solid with
(a) A base which is a circle.
(b) A curved surface which meets at a common vertex.
(c) An axis that joins the vertex to the centre of the circular base. 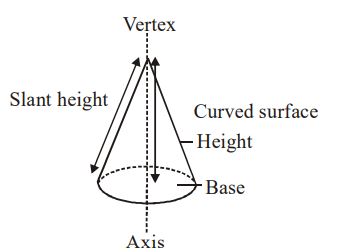 The length from the vertex to the base is the slant height of the cone. 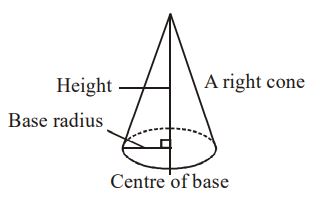 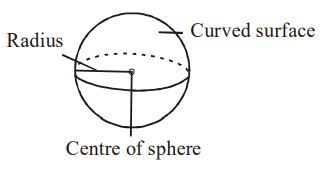 4. NETS OF THE SOLIDS
A net is a flat diagram on one plane that is folded to make a hollow solid. Alternatively if a hollow solid is opened out, the result is its net. A net is also known as a layout. The nets of a solid may have different shapes.

Was this article helpful to you? Yes 21 No