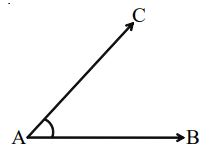 In the above figure, the rays AB and AC form an BAC or CAB having ‘A’ as vertex and AB,AC as its arms. We may also denote this angle by A . When there are more than one angles in a figure, we label them 1,2,3 etc. and call them  etc. 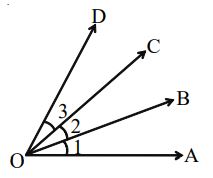 Thus, in the above figure

2. TYPES OF ANGLES
Acute Angle
An angle whose measure is more than but less than is called an acute angle. In the adjoining 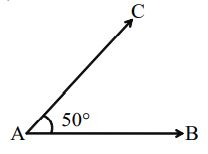 In the above figure,

Therefore ABC is an acute angle

Right Angle
An angle whose measure is is called a right angle.

In the above figure, 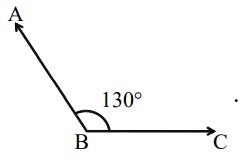 Reflex Angle
An angle whose measure is more than but less than is called a reflex angle.

Complementary Angles
Two angles are said to be complementary, if the sum of their measures is . Each one of these angles is called the complement of the other.
Eg:

• Supplement of
• Supplement of
Adjacent Angles
Two angles having a common vertex and a common arm such that the other arms of the angles are on the opposite sides of the common arm, are known as adjacent angles. 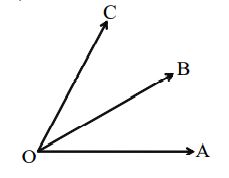 In the given figure, AOB and BOC are adjacent angles, since they have a common vertex ‘O’. A common arm of OB and their other arms OA and OC are on the opposite sides of the common arm OB.
Linear Pair of Angles
A pair of adjacent angles is said to be a linear pair, if these angles have one arm common and other arms as opposite rays. 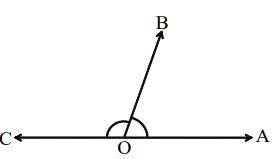 In the above figure, AOB and BOC form a linear pair of angles as they have a common arm OB and their other arms OA and OC are opposite rays.
Therefore COA is a straight angle.
So 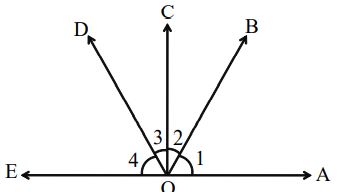 Thus, in the above figure, we have 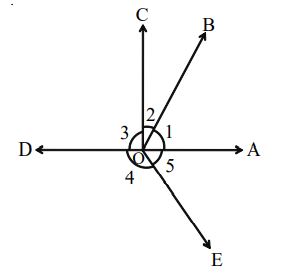 In the above figure, we have

Vertically Opposite Angles
When two lines intersect, then two angles having no common arm are called vertically opposite angles 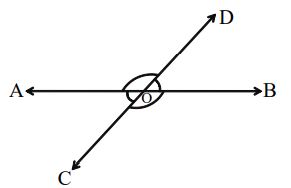 When two lines intersect, then vertically opposite angles are always equal.
AOC = BOD and AOD = BOC .

3. PARALLEL LINES
If two lines are drawn in a plane such that they do not intersect, even when extended indefinitely in both the directions, then such line are called parallel lines. If lines ‘l’ and ‘m’ are parallel, we shown them by marking arrows on the lines pointing in the same directions and we write, read as ‘l’ is parallel to ‘m’ 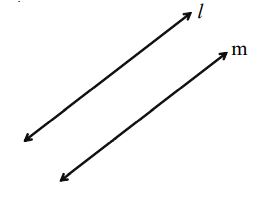 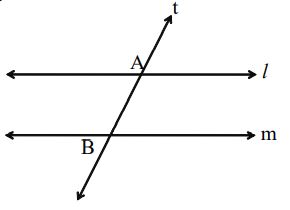 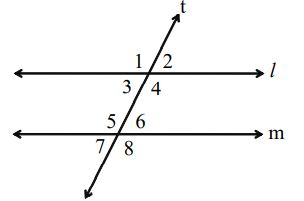 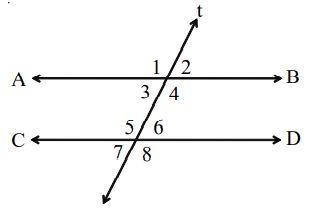 Was this article helpful to you? Yes 6 No 2