1. RECALL
Natural Numbers
The numbers 1, 2, 3…… are used for counting objects is called ‘Natural Numbers’. Set of natural
numbers are represented by ‘N’.
Set of natural numbers N = { 1, 2, 3 …… }
Whole Numbers
Including ‘0’ in the collection of natural numbers is called whole numbers.
Set of whole numbers are represented by ‘W’.
Set of whole numbers W = {0, 1, 2, 3 ……}
Numbers greater than 0 are called positive numbers. Extending the number line to the left of 0 allow us to picture negative numbers, numbers that are less than 0. 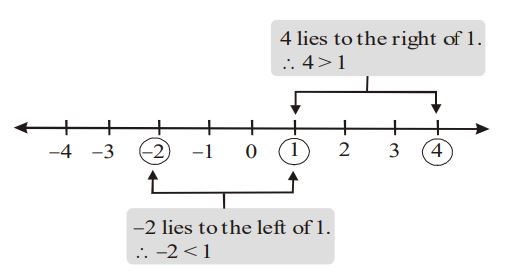 Writing Positive and Negative Integers to Represent Word Descriptions
A positive or negative number is used to denote:
(A) An increase or a decrease in value
Example:
(i) Rs. 70 withdrawn is denoted by –Rs. 70.
(ii) Rs.70 deposited is denoted by + Rs.70.

(B) Values more than zero values less than zero

(D) Position above or below sea level
(i) The sea level is taken as 0 m.
(ii) Anything above sea level is taken as positive. For example if a bird is flying at 50m above, then we say +50m.
(iii) Similarly if a submarine lies 150 m below sea level we write it as –150m.
Comparison of Integers: If we represent two integers on the number line, then the integer
occurring on the right is greater than that occurring on the left.
Note:
• 0 is less than every positive integer
• Every negative integer is less than every positive integer.
• The greater is the integer, the lesser is its negative. 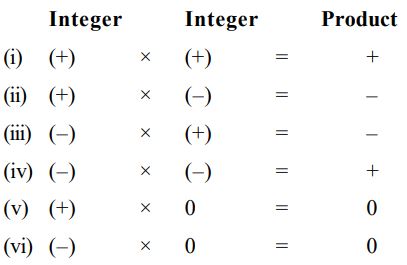 Was this article helpful to you? Yes 10 No 1