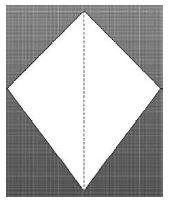 A rectangle has two lines of symmetry along the line segments joining the mid-points of the opposite sides.

An equilateral triangle has three lines of symmetry along the line segments joining a vertex and the midpoint of its opposite side. 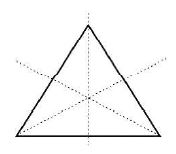 A square has four lines of symmetry along the diagonals and the line segments joining the mid-points of the opposite sides. 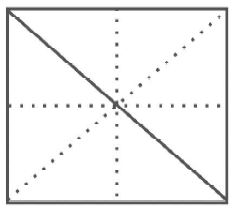 A circle has an infinite number of lines of symmetry all along the diameters of the circle. 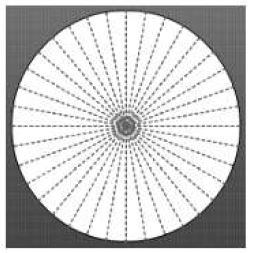 2. Mirror Symmetry
The line of symmetry is related to mirror reflection. An object and its mirror image are equal in shape and size.

Mirror line
An object and its image are always at the same distance from the surface of a mirror, which is called the mirror line.
The left and the right sides of an object appear inverted in a mirror. An object and its image show mirror symmetry, with the mirror line being the line of symmetry. A kaleidoscope uses mirrors to produce images that have several lines of symmetry.
Letters written from right to left, appear written from left to right in their mirror image. The letters A, H, I, M, O, T, U, V, W, X and Y appear the same in their mirror image.
All the other letters of the alphabet appear reversed in their mirror image. Symmetry has plenty of applications in real life, as in art, architecture, textile designing, geometrical reasoning, kolams, rangoli, etc.