Ans. (a) Cleaning of water is a process of removing pollutants.

(b) Wastewater released by houses is called sewage.

(d) Drains get blocked by cooking oil and fats.

Q2. What is sewage? Explain why it is harmful to discharge untreated sewage into rivers or seas.

Q3. Why should oils and fats be not released in the drain? Explain.

Ans. Oils and fats harden and block the sewage pipes. In an open drain also, fats block porosity of soil which affects its water filtering efficiency. That is why oils and fats should not be released in the drain.

Q4. Describe the steps involved in getting clarified water from wastewater.

Ans. The steps involved in getting clarified water from wastewater are as follows:

(i) Use an aerator to bubble air through the wastewater. A mechanical stirrer or a mixer can also be used in place of the aerator. This helps in reducing bad odour of the wastewater.

(iii) Then any disinfectant such as chlorine tablet is added to the filtrate and stirred to obtain completely clear water.

Q5. What is sludge? Explain how it is treated.

Ans. Semi-solids such as faeces that settle down during wastewater treatment are called sludge. This sludge is removed using a scraper and then transferred to a tank where it is decomposed by anaerobic bacteria to produce biogas. This biogas is used as a low-cost fuel for heating, cooking, etc. It is also used to produce electricity.

Ans. Untreated human excretions are a health hazard. It causes pollution of soil and water including the underground water. Thus, it contaminates the sources of water from which people collect water for drinking and household purposes. When this contaminated water is used for drinking, it can cause diseases such as cholera, typhoid, hepatitis, dysentery, etc., which may even lead to death.

Q8. Explain the function of bar screens in a wastewater treatment plant.

Q9. Explain the relationship between sanitation and disease.

Ans. Sanitation and disease are related to each other as lack of sanitation can cause diseases.

In our country, a large number of people even today do not have sewerage facilities and thus defecate in open fields, railway tracks, etc. The untreated human excreta thus pollute soil and water sources including the underground water. When this contaminated water is used for drinking, it can cause diseases such as cholera, typhoid, hepatitis, dysentery, etc. which may even lead to death.

Therefore, lack of sanitation resulting in drinking of contaminated water can cause health problems.

Q10. Outline your role as an active citizen in relation to sanitation.

Ans. A citizen has many responsibilities regarding sanitation. Among other things, an active citizen should do the following with regard to maintaining proper sanitation:

(i) Ensure that his surroundings (both inside and outside home) are clean.

(ii) Ensure that the sewerage system in his house is properly managed.

(iii) If he notices some leakage or other problem in the sewerage system, he should report it to the municipality. 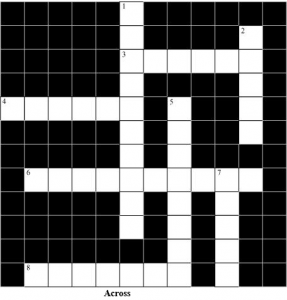 6. A word related to hygiene

7. A chemical to disinfect water 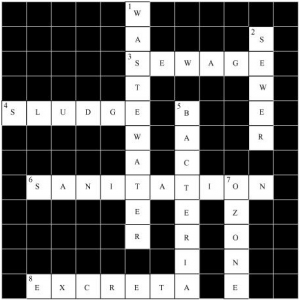 (a) It is essential for breathing of living organisms.

(b) It is used to disinfect water.

Which of these statements are correct?

Was this article helpful to you? Yes 3 No 2