Q1. Correct the following statements and rewrite them in your notebook.

(a) Stem absorbs water and minerals from the soil.

(b) Leaves hold the plant upright.

(d) The number of petals and sepals in a flower is always equal.

(f) If the petals of a flower are joined together, then the pistil is joined to the petal.

Ans. (a) Root absorbs water and minerals from the soil.

(b) Stem holds the plant upright.

(d) The number of petals and sepals in a flower may be different in different plants.

(f) If the petals of a flower are joined together, then the stamen may or may not be joined to the petal. 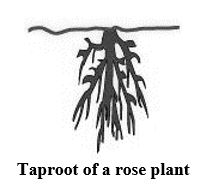 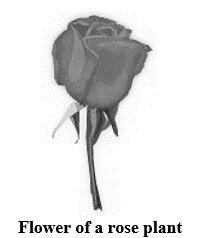 Q3. Can you find a plant in your house or in your neighbourhood which has a long but a weak stem ? Write its name. In which category would you classify it ?

Ans. The money plant has a long and weak stem. It comes under the category of climbers. Climbers are plants that readily take support on neighbouring structures as they have a weak stem.

Q4. What is the function of a stem in plant ?

Ans. The main function of a stem in plants is that it helps in the conduction of water and minerals from the roots to the leaves and other parts of plants. It also provides support to branches, leaves, flowers, fruits, and buds of plants.

Q5. Which of the following leaves have reticulate venation ?

Ans. The leaves of tulsi, coriander, and China rose have reticulate venation, whereas maize, grass, and wheat have parallel venation. 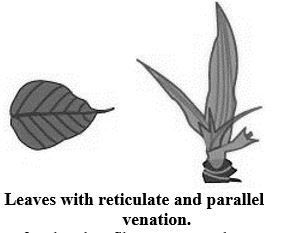 Q6. If a plant has fibrous roots, what type of venation are its leaves likely to have ? 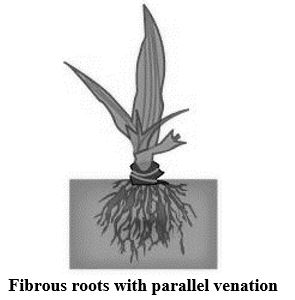 Fibrous roots have thin and moderately growing branches arising from the stem. Parallel venation, on the other hand, has leaves in which the veins are arranged parallel to each other.

Q7. If a plant has leaves with reticulate venation, then what kind of roots does it have ? 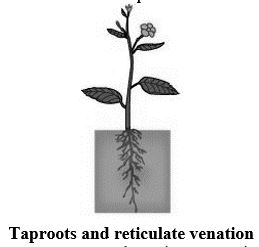 In tap roots, there is one main root known as the ‘tap root’ that grows straight down from the stem. It also has smaller roots known as ‘lateral roots’. In leaves with reticulate venation, the veins are arranged in a net-like pattern.

Q8. Is it possible for you to recognize leaves without seeing them ? How ?

Q9. Write the names of the parts of a flower. 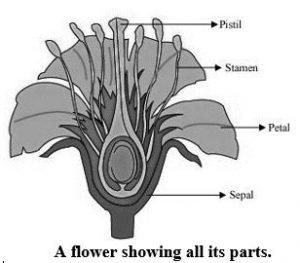 Q10. Which of the following plants have you seen? Of those that you have seen, which ones have flowers ?

Ans. The given examples are flowering plants. But, in some plants such as tulsi, pipal, sugarcane, etc. the flowers are not visible. They are so small that they cannot be seen with naked eyes.

Q11. Name that part of plants which produces food. Name this process.

Q12. In which part of a flower, you are likely to find the ovary ?

Ans. Pistil is the part of the flower that contains the ovary. 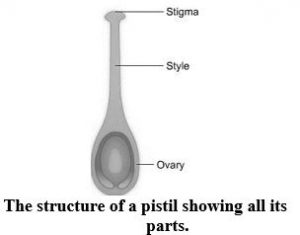 Q13. Name two flowers each with joined and separated sepals.

Flowers with separated sepals are Rose and Magnolia.