(ii)     The amount of air present in a cylinder when a vacuum pump removes  of the air remaining in the cylinder at a time.

(iii)    The cost of digging a well after every metre of digging, when it costs Rs 150 for the first metre and rises by Rs 50 for each subsequent metre.

(iv)    The amount of money in the account every year, when Rs 10000 is deposited at compound interest at 8% per annum.

Also find the sum of the first 15 terms in each case. 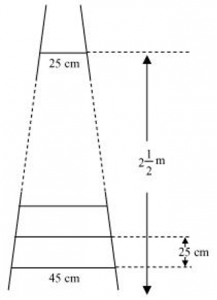 Find this value of x.

Each step has a rise of  m and a tread of  m (See figure) calculate the total volume of concrete required to build the terrace. 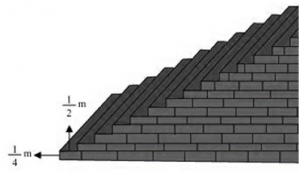